In 2019 I took notes on 38 podcasts, lectures, presentations, and one-of conversations. The distribution of sources approximates Zipf’s law. Half of the episodes came from my two favorite podcasts: 11 from Conversations with Tyler and 8 from The Knowledge Project. The rest are the long tail — mostly single episodes from all over the place.

The conversations spanned a wide range of topics. They look like this: 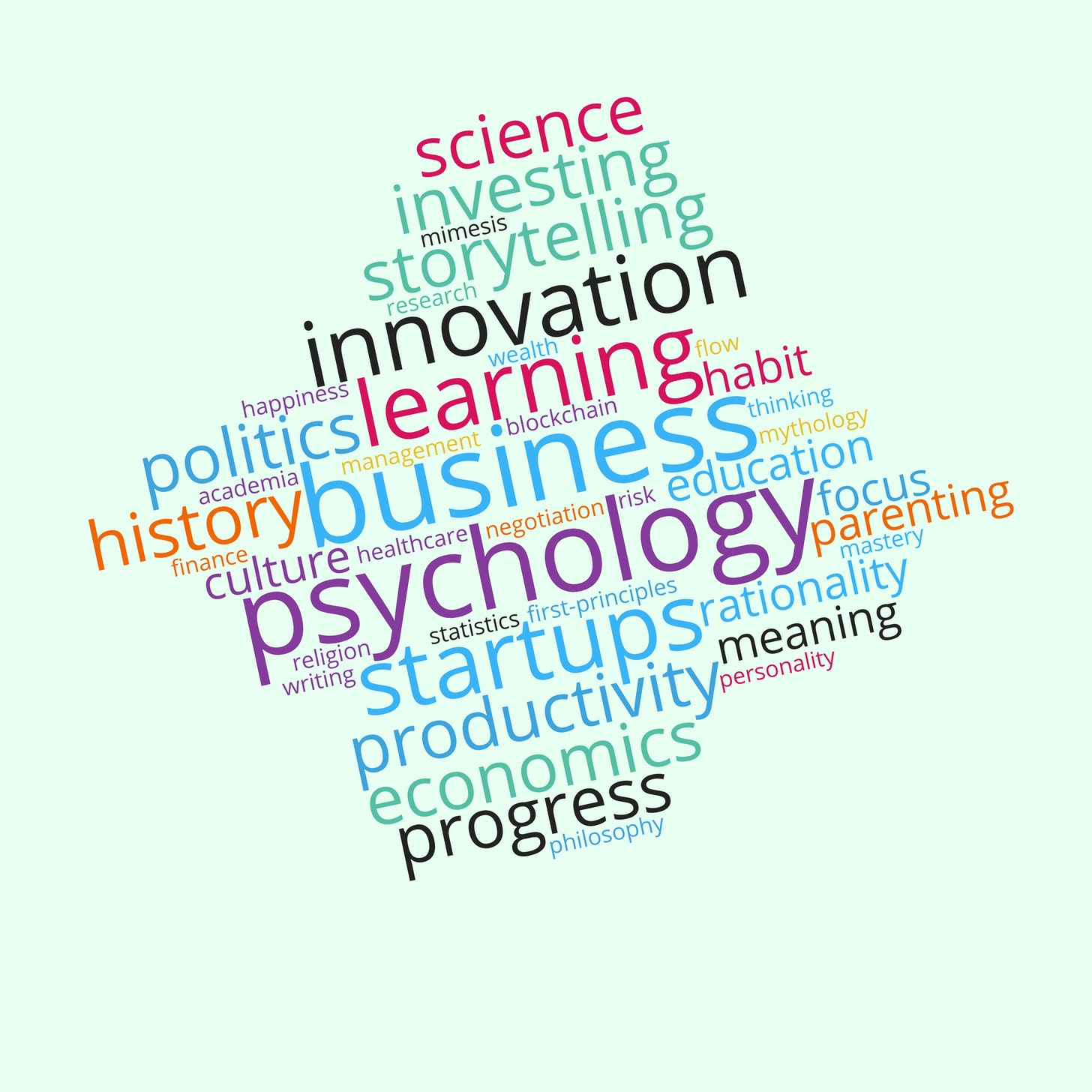 Across those topics, four ideas stood out for me.

The strongest theme I noticed is the idea that you have to struggle to succeed. At least six of the episodes talked about it directly, and it came up in many contexts: business, education, even parenting.

It’s important to let your children know that learning is supposed to be hard, and to model struggling at something and getting it. Don’t give up if you can’t get it right away.
~ Adam Robinson

I think about this a lot with my children and my employees (management and parenting are surprisingly similar). I want them to become independent and succeed at hard things. But supporting them when they’re struggling often leads to removing the struggle. I don’t always strike the right balance.

The right way to practice is to look at what hurts the most and focus on that.
~ Barbara Oakley

Caveat: you won’t reach success without overcoming challenges, but doing something hard doesn’t automatically lead to success. Sometimes you’re just banging your head against the wall, and you should stop. It’s important to consider if your struggle will bear fruit, and often it’s hard to know. In Haiti they say “Deye mon, gen mon.” Beyond the mountain, more mountains.

Expected value is what we think we’ll get from some investment (of money, of time, of energy) if we consider the odds of winning and losing. Downside risk is how much we stand to lose in the worst case. The risks we take are usually proportional to the rewards we expect. But if the downside risk is large, no reward is worth it.

The purpose of the margin of safety is to render the forecast unnecessary.
~ Morgan Housel, quoting Ben Graham

Several podcasts mentioned this as a core idea that people undervalue. Morgan Housel pointed to it as the best investing advice he has. Nassim Taleb wrote a whole book about it. Your expected value calculation never includes the possibility that your expected value calculation is wrong. And since you might be wrong, pay more attention to how badly things could go if you’re wrong. 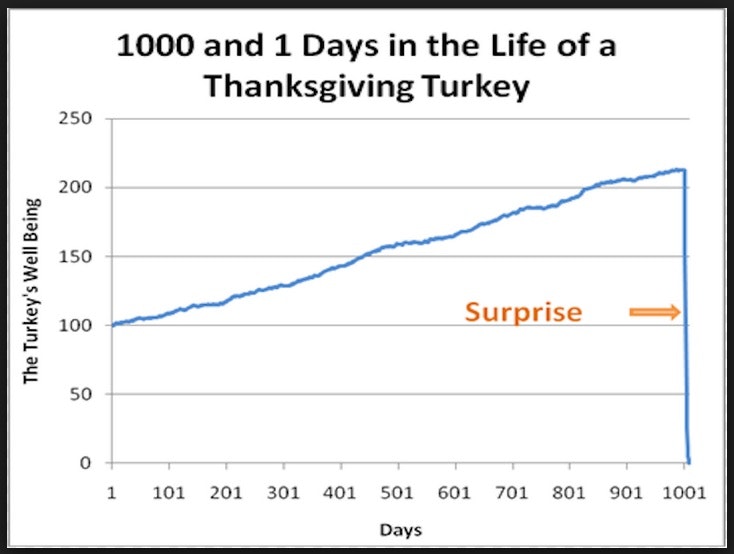 The world looks different when you keep this in mind. A lot of decisions became easier. You don’t have to optimize every choice. Instead, focus on doing the basics right and avoiding the big pitfalls that you cannot recover from.

You don’t have to be great. Just don’t screw up when it matters most.
~ Morgan Housel

Building off the above two ideas, one of the best things you can do to improve the world is help other people become more ambitious.

Helping someone raise their ambition is very high-leverage for society. It costs little but is super beneficial. Surrounding yourself with people who see tremendous potential in you is huge.
~ Mason Hartman

I once picked up with a team of college kids at a frisbee tournament. At the time I played for one of the best teams in the US, while they were just starting out in their careers. One in particular stood out for how well he played given his inexperience. We were low on players to begin with, faced several injuries, and finished last in the tournament. Morale was low.

After games ended, I took the guy I noticed aside and told him about the potential I saw in him. It may have meant a lot to him, and even if it meant nothing, it didn’t cost me anything. It was pure upside. I hope he went on to become a great player.

It would be wonderful if no one needed external validation. But we’re social animals. When we compare ourselves to the people we look up to, it’s easy to feel like we couldn’t do what they did. So look for ways to raise the aspirations of the people around you, and get close to the people who do the same for you.

A lot of catalyzing moments that create enduring curiosity begin with a small positive feedback from someone you admire.
~ Daniel Gross

This one made the list because it’s very specific, yet it came up in two completely separate podcasts. Even more coincidence: both segments featured Harry Potter. In the first one, Jodan Peterson gave the “lessons for life“ he saw in modern-day epics:

The second piece was Daniel Gross talking about mental models he discovered in fiction that apply to real life. In both Ender’s Game and Harry Potter, it’s the children who were in charge (something I never noticed despite reading most of both series). They saw what the grownups missed. Our world, on the other hand, is mostly run by people older than us. What are they (and we) missing that the kids see?

Also in Harry Potter, the four houses are an example of the strength of tribal bonds based on arbitrary division. Yes, the sorting hat is magical and claims to put you in the right house for you. But who’s checking the hat’s work? To Gross, it’s the Hogwarts version of Robbers Cave, a famous experiment from the 50s where campers were split into two teams and quickly developed a strong in-group/out-group mentality. Our identity shapes us more than we expect, even if we didn’t choose that identity. So be mindful of how you label yourself.

On the whole, I’m surprised how much I enjoyed writing this. I’ve been taking notes on things I read and listen to. I was a bit nervous about trying to pull out some grand themes from my mess of notes. Reviewing and consolidating them now showed me how much more I could be getting out them.

Thank you, readers, for raising my ambitions :-)